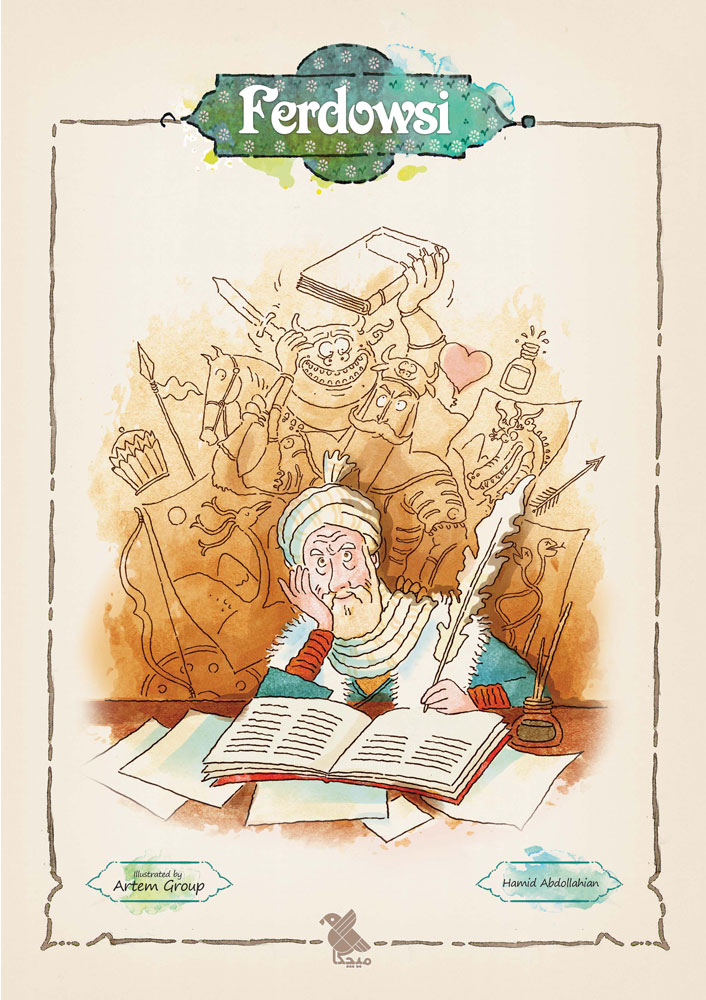 I'm going to deal with another ''great man" just to prove to the adults that reading is a waste of time. This time, we're supposed to meet with one of the greatest Iranian poets of all time. He is very, very, very great! I cannot emphasize on his greatness enough! I swear on my life! He is the master of all the other masters of poetry and eloquence! The word is that he has been single-handedly keeping Persian language alive for a thousand year! That's how huge he is! ***Abulqasim Ferdowsi (c. 940-1019) was born in Tus, located in Khorasan, a province ruled by Samanid dynasty. His father was one of the noble landowners of Tus, who were fervent admirers of pre-Islamic Persian Culture. As a young man he witnessed the demise of the Samanids, who were famous for their admiration of Persian heritage and tolerance towards Shiism, followed by the rise of Mahmoud of Ghazni, the bigoted founder of Ghaznavid dynasty, known for his intolerance and religious bias. Ferdowsi, who as a young man had occasionally composed some poems based on pre-Islamic Persian tales, began his masterpiece, Shahnameh (The Book of Kings), when he was around 40 years old, spending some thirty years to accomplish the task. He received generous patronage from a few princes in the beginning. After the decline of the Samanids, however, reluctant to enjoy, or not able to enjoy, Mahmoud's patronage, he had to rely on his own means to continue the extravagant task which caused him to experience poverty at an old age. So, Ferdowsi, the lord of Persian poetry, died while his masterpiece was unappreciated in his own time.

Hamid Abdollahian was born in Iran in 1971. He has a Ph.D. in Persian Literature and his most favorite activity is reading and writing fiction. His 12-year-old son has been listening to his tales since he was 2. ''I wish that someday I can write these tales down for the children all over the world,'' says Hamid. He believes that making children laugh is the greatest pleasure in the world. ''When children laugh and reveal their baby teeth, the world seems more beautiful.''