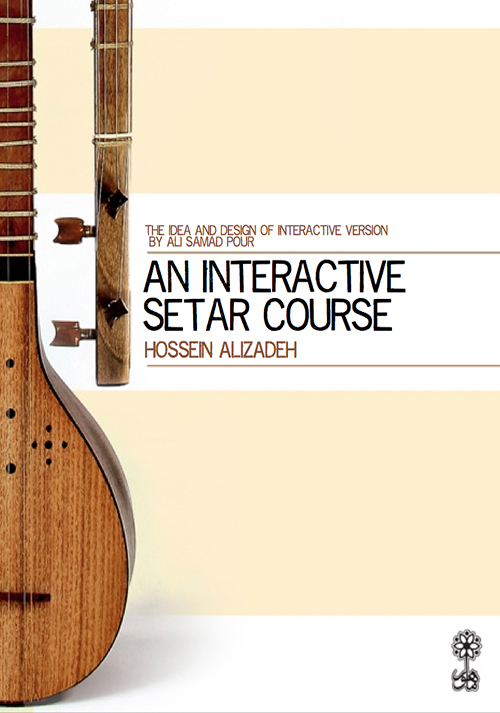 The setâr is one of the oldest Iranian musical instruments and has a clear and sweet tone. At first, it had three strings. However, about two centuries ago Moshtâq Ali Shâh added another string right between its second and last string (now, the fourth), and called it Vâkhân or Hengâm (third string). The third string is normally tuned to the same pitch as the first string, i.e.to C. The second string is tuned to G, and the fourth string is typically tuned one octave lower than the third. Of course, these tunings are subject to change, since in some cases, the significance of certain notes in some dastgâhs or âvâzes determines the type of tuning. In the past, the art of playing the setâr was passed down orally from teacher to student. Throughout the last half century, a number of târ course books have been published on the cover of which the name of setâr can also been seen. Reading the books, however, you will find out that no particular attention has been paid to the specific techniques of playing the setâr. The present book, therefore, tries to familiarize the learners with the setâr performance techniques and introduce them to âvâzes and radifs of Iranian dastgâhi music. The elementary course book includes four parts: Part I: Identifying and Performing Rhythm Rhythm in Persian music is learnt through using “attâneen” and converting them to notes in standard notation. Of course, paying closer attention to attâneen and comprehending them well help the students to grasp rhythm far better. It is recommended that the students convert attâneen to musical notes only when they have fully grasped the rhythms. Part II: Tonology In this part you will be introduced to 10 dastâns in all of which a certain technical pattern is followed. In order to perform dastân lessons it is essential to follow the rules of simultaneous fingering. Having known the rules, you can practice different picking patterns in different dastâns. Part III: An Introduction to the Tones and Intervals of Different Dastgâhs Part IV: Different Exercises for Left & Right Hands.

Hossein Alizâdeh (Persian: حسین علیزاده‎) is an Iranian composer, radif-preserver, researcher, teacher, and tar and setar instrumentalist and improviser, described by Allmusic as a leading Iranian classical composer and musician. He has made numerous recording with prominent musicians including Shajarian, Nazeri, Madjid Khaladj, and Gasparyan, and is a member of the Musical group, Masters of Persian Music. Alizâdeh was born in 1951 in Tehran to an Azeri father (from Urmia) and a Persian mother (from Arak).[3] As a teenager he attended secondary school at a music conservatory[3] until 1975. His music studies continued at the University of Tehran, where his focus was composition and performance. He began postgraduate studies at the Tehran University of Art. After the Iranian Revolution, he resumed his studies at the University of Berlin, where he studied composition and musicology. Alizâdeh plays the tar and setar. He has performed with two of Iran's national orchestras, as well as with the Aref Ensemble, the Shayda Ensemble, and Masters of Persian Music. In Europe, his first professional performance was with the Bejart Ballet Company’s orchestra in a performance of a Maurice Béjart ballet called Golestan. Over the years Alizâdeh's teachers have included Houshang Zarif, Ali Akbar Shahnazi, Nur-Ali Borumand, Mahmoud Karimi, Abdollah Davami, Yusef Forutan, and Sa'id Hormozi.