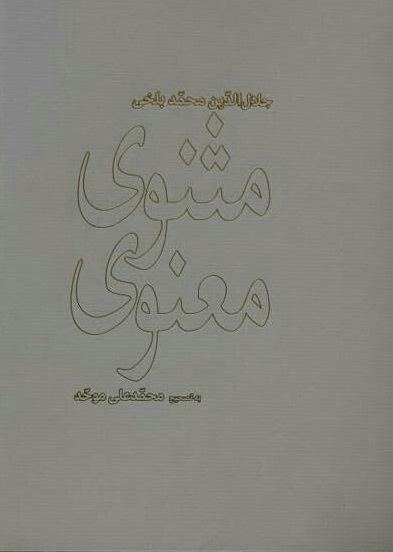 The new version of Mathnawi, edited by prof. Mohammad Ali Movahhed, has been published by Hermes Publishers and Academy of Persian Language and Literature. This edition of Mathnawi is based on eleven copies, including 8 or 9 copies which were written during the thirty years after Mowlavi‘s death, i. e. till the end of 7th century AH. The editor has restricted himself to the copies of Mathnawi compiled in the century that Mathnawi was composed, because all distortions and misquotations of Mathnawi have occurred after this time.

Mohammad Ali Movahhed, born in 1923 (1302 AHS) in Tabriz, is a historian, lawyer and an associate member of Academy of Persian Language and Literature.

Languages we correspond in: فارسی