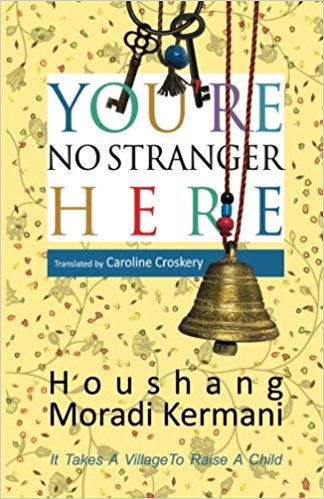 The old saying, “It takes a village to raise a child” rings true in this bona fide autobiography. Houshang Moradi Kermani grew up in the village of Sirch to become Iran’s eminent author of fiction for children and young adults. These are the many true stories from his life that became the inspiration for his books, several of which have been made into television serials and feature films. With a mother who died in his infancy and a father who suffers from mental illness, young Hooshoo is raised by his grandmother and grandfather. After their passing, he is challenged at a very early age to overcome emotional strains and discover his identity. His love for reading and writing becomes his tool for survival through the pain he feels about his situation. He spends a blissful and nostalgic early youth in the village before moving to the city in his adolescence to live in an orphanage school. His experiences in Kerman form his destiny, make him stronger and lead him to the place in life he knew he was meant to reach.

Houshang Moradi Kermani is an eminent Iranian writer who mainly writes for sub-teens and teenagers. He was born in Sirch, (a village in Kerman Province), and was educated in Sirch, Kerman and Tehran. Several Iranian movies and TV-series have been made based on his books. In 2006, Dariush Mehrjui directed Mehman-e Maman based on Moradi Kermani’s novel with the same title. Some of Moradi Kermani’s books have been translated into English, German, French, Spanish, Dutch, Arabic, and Armenian. His auto-biography is published as his latest book named “Believe it or not” (Shoma ke gharibe nistid). He has won many national and prestigious international awards which include but not limited to Hans Christian Andersen Honarary diploma (1980) and University of San Francisco book of the year (2000). Some of his Books The Tales of Madjid (Ghesseh-ha-ye Madjid The Boot (Chakmeh) The Palm (Nakhl) The Tale of That Vat (Dastan-e an khomreh) The Tandoor (Tanour) The Cruse (Kouzeh) Mummy’s guest (Mehman-e maaman) Fist on hide (Mosht bar poust) Believe it or not (Shoma ke gharibe nistid)(less)