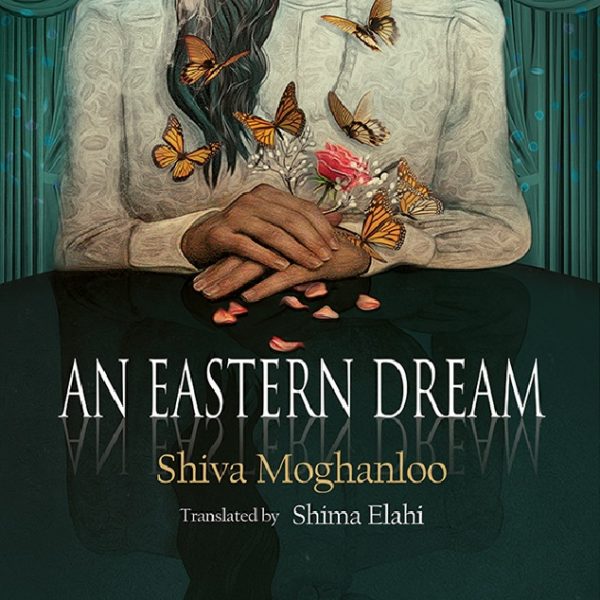 The freshness of a woman’s distant, white shadow falls in the middle of the dancing sunshine which shivers and contorts amidst the smog like a moving body. For the people of Khuraab who are just familiar with the smell of saline water and the glitter of dead fish scales, a pair of shining green eyes and a mild fragrance from under the Chador means strangeness and danger. Nobody knows about the past-less story which has dragged perfumed Noora here; a place which neither can be called a city nor a village, with no fish to catch and no greeneries. However, one morning some villagers see her wandering around dirt alleys aimlessly with a pair of dusty black shoes and a blue plastic bag.

Shiva Moghanloo is an Iranian writer, researcher, lecturer and translator. Based in Tehran, she earned B.A and M.A degree in cinema (film studies) from Art University, Tehran (2003). Her works of fiction, biography, art and cinema studies have been published and received critical acclaim. In addition to adult books and articles, she has focused on children and young adult’s literature. Her works of fiction, biography, art and cinema studies have been published and received critical acclaims she has written 5 short story collections from 2003 on now. Some of the her stories have received local prizes and translated to other languages (English- Polish- Kurdish- Turkish). Besides, she has translated more than 30 novels, short story collections and anthologies from English to Persian. Writing columns and articles for specific journals and magazines is her literary activity. She has been a visiting lecturer in some governmental academies like Art University and Sooreh University, as well known schools and institutes since 2005. Her teachings mainly cover film analysis, script analysis, writing skills, and literature history. She has done some cinematic projects for IRIB national TV as writer and researcher. As a cultural counselor and executive director in national and international cultural projects, she runs some programs like in Iran and other countries which one of most successes is Iranian Animators’ Night in Lund University, Sweden, 2015. She has been a member of jury in many national literature and film and game festivals and has held several workshops in different cities across Iran.