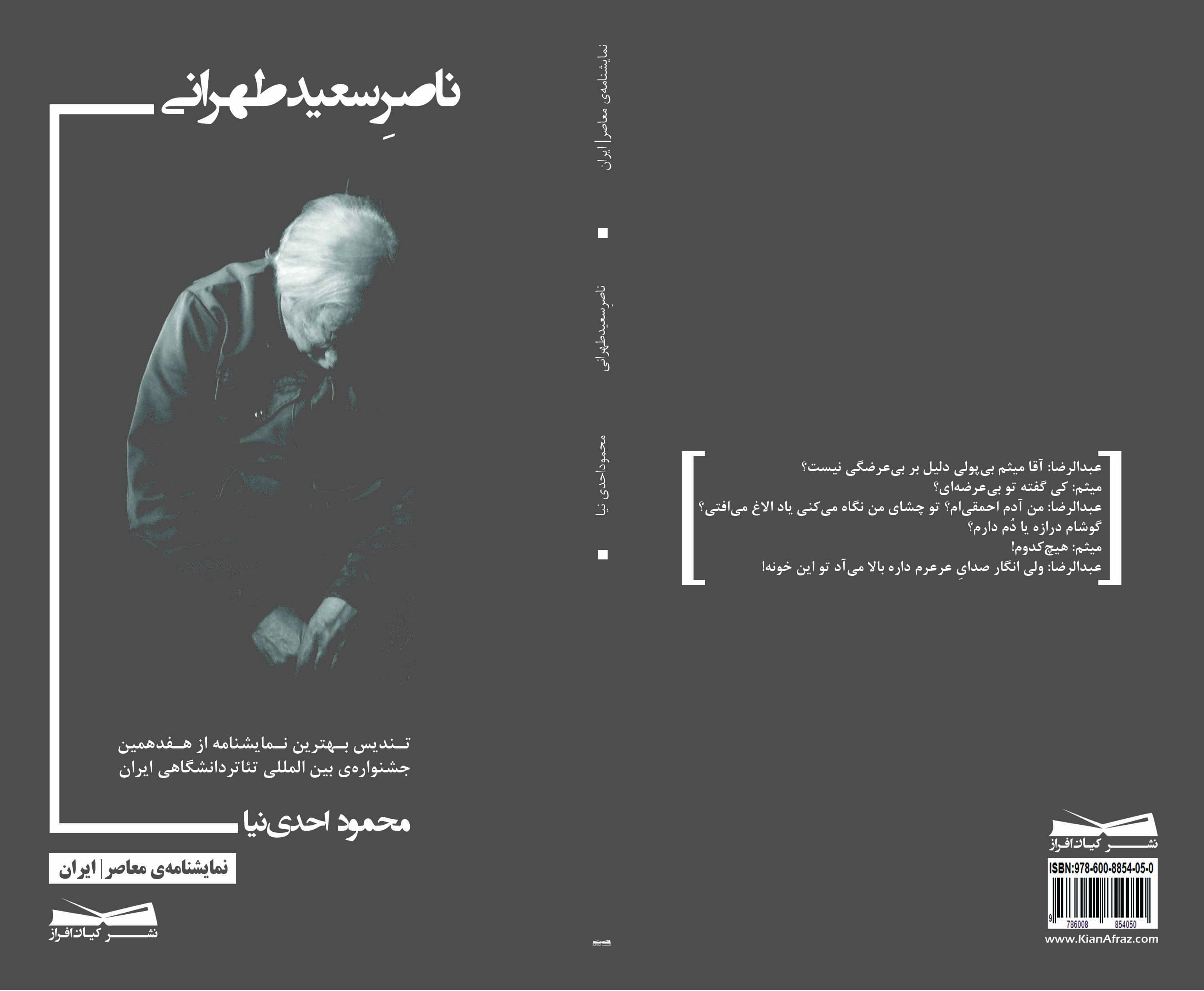 The story takes place in the days before the Persian New Year and is about a family in the day after the wedding of their eldest son noticing that the father is absent. Saeidtehranis are a traditional and low-class family consisting of mother, father, and four children ( three boys, and a girl), who are all young with big dreams and hopes for change. The tension in the story starts when the family members trying to find the father realize that the father has found out about their big dark secret. The father has perceived that the other family members are trying to condemn him to Mahjuriat . Now that the father knows, the family is terrified of what would be the consequences of the father’s next action. The young daughter of the family is the only one who is unaware of the family’s rising against the father to take his powers, and the mother as the mind behind this plan is leading his sons and brother in law to save the family and rearrange it. This inflamed space causes tensions and contentions between family members, and it reveals some other secrets and bonds within the members of the family. After all these family has gone through, exactly before the Persian New Year's eve, the father returns home to the family which is nothing like it used to be before. Bold actions against traditional relations between family members, the ancient culture of “paternalism”, seems to have deep effects on this family’s life. Also, the back-door relations are engineered smoothly in the storyline that is taking place in Iran’s contemporary society. Speaking of Naser Saeidtehrani’s play, it should mention that it is a great example of a contemporary social realism play which is being narrated from a millennial’s point of view, and like other plays attributed to realism explains explicitly, the exact point of the suffering in the society. The playwright, instead of narrating a complicated story, chooses to focus on a piece of life and present it to us purely and subtly. The literature of the characters quite borrows the slang of this social class, but in the vantage point of many audiences and critics what makes this play significantly distinguished from others is the characterization. Naghmeh Samini, prominent playwright, screenwriter, university professor, and researcher, claims in the introduction of this book: The most interesting component of the play is the characters who are all potentially alive and believable on the stage. I remember that the first time I watched this play in a small hall in the College of Fine Arts, I felt like I was captured among real people whose suffocating lives were taking the audience’s breath. Winning The best play award in the 17th International University Theater of Iran Festival as well as being the best-seller book in play category are some of this play’s achievements. This play was directed by Dariush Reshadat in the Iranshahr Theater and was reviewed positively by many critics.

Mahmood Ahadinia, born in 1992 and a drama graduate from University of Tehran, is a young playwright who started his career from the university theater festivals and performances. And soon, he was known as a proficient screenwriter and playwright. “Severe fever of T”, “dormitory”, “The quote of attacking night”, and “almost low fat” are some of his plays. Moreover, he has been active in radio plays with more than 30 performances. Also, he paved his way to the radio series committee. He achieved the honor diploma for “Sepah Salar neighborhood” in the 3rd National Radio Drama Festival. He has participated in many TV-series and film as a screenwriter such as “Here, people are like this”, “Zhefreh”, “A simple accident”, “come when you’re in love”, to name but a few. Recently, he is also looking forward to making his path through cinema and has started directing short films. In his career timeline, there are several nominations and awarded prizes. It is safe to say that he is a talented young writer with a bright future.