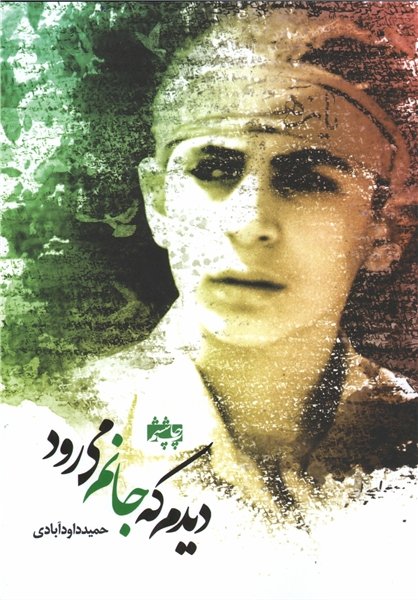 I Saw My Soul Flying

I Saw my Soul Flying The book includes more than 40 memoir of Martyred Mostafa Kazemzadeh about Iran-Iraq war. The writer of the book recreates the experiences of the Martyred with a simple, romantic and colloquial texture in which the reality of war is combined with the spirit of duty and sacrifice, so that the reader comes to the scene and touches what has happened in years of war. “Birthday”, “the First Deal”, “Pocket Money”, “the Beautiful photos of Imam”, “Eastern Tehran Hezbollah”, “Forgery”, “Crossing the Minefield”, “the First Hard Farewell”, and “Do you Want to Be a Muslim” are some of the parts of the book that remembers the essence of the humanity in the battlefield. “I Saw my Soul Flying” could be considered as an interesting romantic documentary narration in which some parts of Iranian life under fire is depicted without exaggeration. Hamid Davoodabadi professional work made this book as one of the bestselling ones. It was reprinted more than 15 times by Shahid Kazemi publication and won the award of Holy Defense Book of the Year in 2018.

Hamid Davoodabadi, 1965 Davoodabadi is one of the professional and active documentary writers, reporter, web logger and photographer with many books about Iran-Iraq war and Lebanon Islamic Resistance against Zionist Regime. He has worked for many professional magazines too and now is the chief editor of SAJED Website, the official website of Iran-Iraq war documentation. Davoodabadi’s narration is near to social taste and provides an atmosphere of reality through a simple and intimate characterization. The reader of his books could communicate with the events and characters without being bore or tired. He was appreciated in many literary prizes and has won most of the Holy Defense Literary Awards. Davoodabadi is honoured by the Supreme Leader for his books of resistance. Coming from Ascension, 2015 Steel Slicers, 2004 1982 July Ambush, 2009 Dear Sayed: the life of Sayed Hassan Nasrollah, 2017 I Saw my Soul Flying, 2018 The Sky under the Soil, 2014