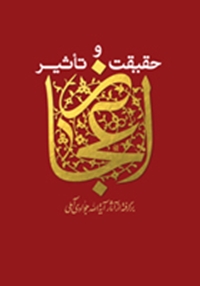 The Reality and Impact of Miracle

Miracle is one of those heavenly truths that has got the color of nature and turned to a mundane phenomenon. This phenomenon is supposed to reveal the weakness of all creatures living under Divine Will and show the true scope of Divine Power. Miracle reveals itself in every age in different forms in accordance with the conditions of age. Muslim theologians have continuously thought over the nature and the essential and existential possibility of miracle. The consistency of miracle with the causal order of nature and unity of actions is among the issues considered by these thinkers. Due to the importance of these considerations Maarij International Institute of Revealed Sciences decided to publish a work on this phenomenon so as to address the new intellectual needs of the society. Then this work was prepared as The Nature and Impact of Miracle and released for the researchers and readers.