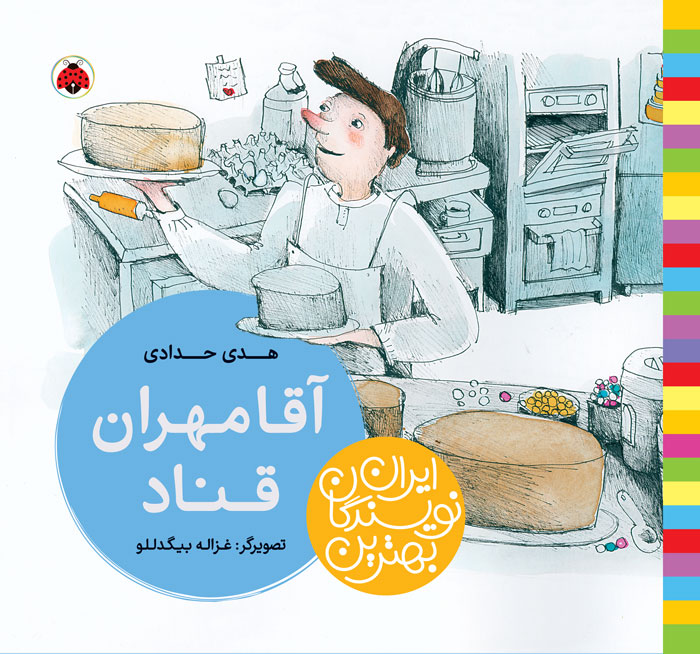 Me Mehran, The Baker

Hoda Haddadi, writer and illustrator, was born in Tehran in 1976. She has majored in graphic arts at the Faculty of Fine Arts. Haddadi’s first story was published in the 1980s in an important young adult magazine in Iran. She began illustrating for children by working with a number of specialized children’s and young adult publications and so far has illustrated the works of many renowned Iranian writers for children and young adults. Although Hoda Haddadi is best known as an illustrator, she is an active story writer too. She has written for different age groups. She has written stories for children, stories for young adults, composed poems, and written young adult novels. Her writings for young adults depict unconventional characters who are trying to bond with their surroundings. Some of her works have been translated to other languages. Selected Works: Compartment 11 (2005), Behnashr Two Friends (2007), Shabaviz The Clown (2012), Kanoon I Love You as Much as All the Meows (2014), Chekkeh Magical Stories Series (2015), Khaneye Adabiyat Selected Awards and Recognitions: Best Book Award from the Book Festival of the Institute for the Intellectual Development of Children and Young Adults (Kanoon)