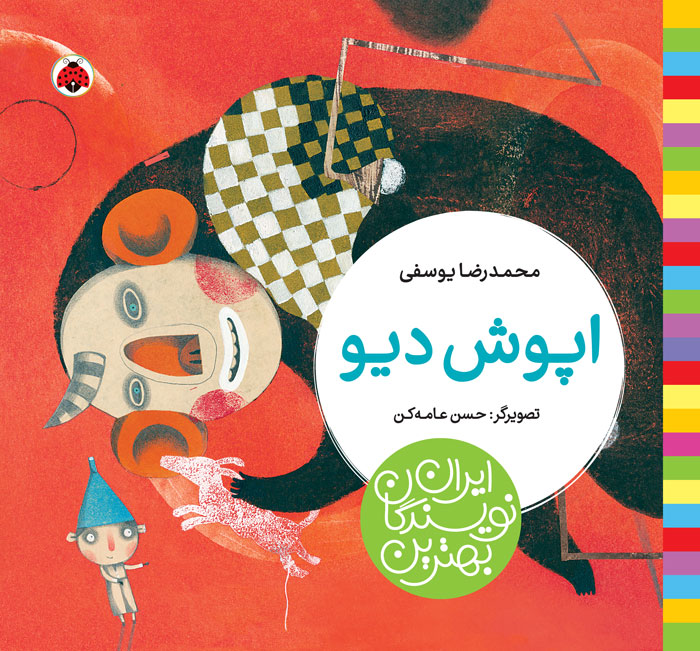 Apaosha is a mystical story about a rain deity whose imaginative facet is neatly developed in this narrative. Apaosha peddles clouds in different shapes to children. He keeps on selling the clouds until they are finished. Then children let them go freely to the sky, making it cloudy and rainy so that the planet can survive from the drought. The best Iranian Writers’ series consists of 30 books of which 18 have been published. The series which is a sort of an encyclopedia of noted Iranian writers and illustrators, opens with brief biographies and reviews on their works.

Mohammadreza Yousefi, the author, is also skilled at writing plays for children. He excellently knows the old Iranian literature as well. His stories have translated into numerous languages, winning him many national and international prizes. He won the honors diploma of EBBY Prize and was nominated for the Hans Christian Andersen Award in 2000. Hassan Amehkan, the illustrator, masters the different illustrating techniques. In addition to the numerous national and international awards that he won for his works, his illustrations for this book were singled out in a Beijing illustration festival.