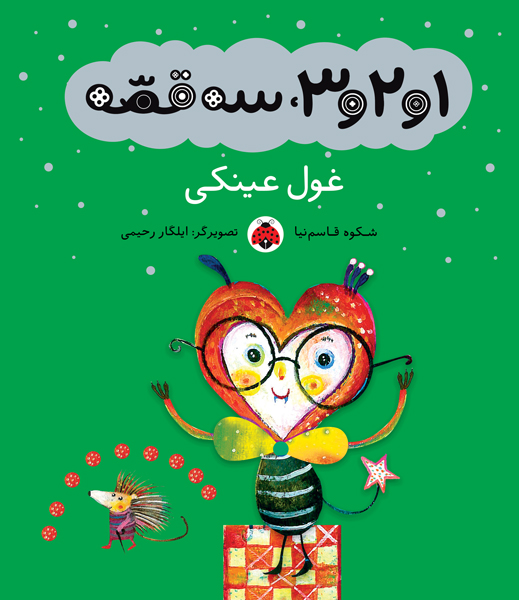 ‘The Bespectacled Giant’ consists of three short stories: 1. ‘The Roly-poly Knife’ tells the story of a blunt knife which is so lazy that everybody forgets about him when cutting a birthday cake. Losing the birthday party, he gets very upset. At the end, he decides to get sharp and nimble. 2. ‘The Bespectacled Giant’ is a nice giant having a low vision, seeing nothing clearly without glasses. Since he’s been wearing big glasses, everybody’s recognized him from far distance and liked him more. This is why he’s become a nice giant which doesn’t hurt anybody anymore. 3. ‘Hassani’s Donkey’ is the story of a young man and his donkey. As Hassani decides to get married, his donkey gets interested in marrying too! Having a job and constant earnings, the donkey thinks they can both marry at the same time.

Shokooh Ghasemnia was born in 1955. She is an Iranian significant little children’s writer and poet. Being a managing editor, Ghasemnia has worked with many children and young adults’ journals. She wrote more than 200 stories and poems, most of them for early readers. Her works have won numerous national awards, including the best book of the year for ‘The Little Hely in the Giants’ Land’ and ‘How Nice Golak Is’. Her ‘How Nice Golak Is’ has been translated into Japanese. Some of her other works have also been translated into other languages, namely into Turkish.