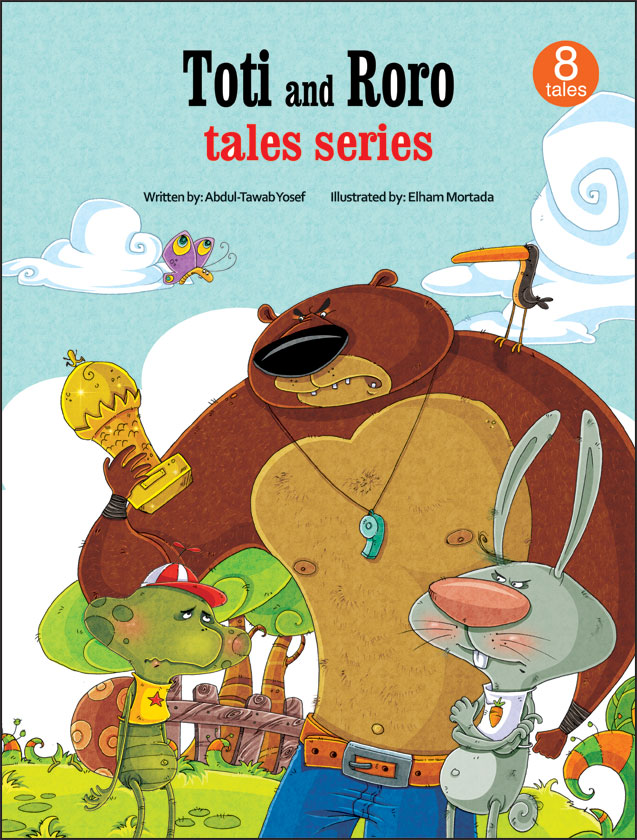 This book is for children in primary schools, it tells them a beautiful and attractive stories about Toti, the turtle and Roro, the rabbit. It establishes some values and important things which a child needs to know to strengthen his personality through interesting events and nice adventures of the two friends Toti and Roro. The stories has been written by one of the greatest writers in Arabic children's literature Abdul-Tawab Yosef from Egypt. This series is featuring from our other publications with its style of drawing and coloring.

* Egyptian writer was born in 1928 in Beni Sweif. * Bachelor of Political Science - Cairo University. The most important awards received: * The State Award for Literature for Children in 1975. * The State Award for Children’s Culture in 1981. * The Armed Forces Award for Literature in 1992 about the October War. * The First Award for the Best Writer for Children in 1998. * The Suzanne Mubarak Award for his Toshka series and A Life of The Prophet Muhammad in 1999. * The Suzanne Mubarak Award in 2000. * The Medal of the Writer’s Union in Cairo, Egypt.

Languages we correspond in: Persian & Arabic