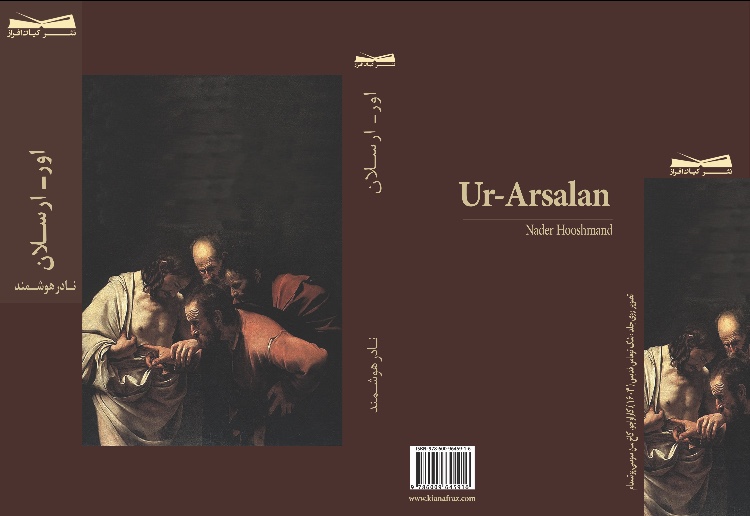 Arsalan is a mediocre writer who has always written under the dictation of others. Dissatisfied with all that he has done so far and incapable of finding a subject worthy of a true work able to meet his literary and artistic ambitions, he decides, shortly before the thirtieth year of his life, not to write anymore. The day after his painful decision, two mysterious strangers knock on the door of his house: representatives of a cultural and artistic institute that is looking for new talent; the aim of their visit is to convince Arsalan to accept their crazy proposal: to be transported to an unknown place, stay in a closed room, eat nothing and writing or striving to write of one's hunger. After the first hesitation, Arsalan, who is on his knees and wants at all costs to escape from the impasse of his monotonous lifestyle, accepts their proposal and embarks on the new adventure... Ur-Arsalan is a kind of Künstlerroman or, to put it better, a parody of Künstlerroman whose main theme is the formation of the subjective universe of an artist and the consolidation of his evolutive personality. The first part of the novel, subdivided into numerous fragments each of them has a title, is narrated by Arsalan himself during his deliberate imprisonment: hungry and confused but curious and resistant, he tries to write regularly and chronologically of his thoughts, his feelings and his state of mind. In the second part, driven by hunger that has become unbearable, Arsalan leaves his room: being on a no man's land, he only seeks to find something to eat. Whether he succeeds in escaping or not, writing has already become for him a question of life and death.

Born in 1980 in Hamedan, Iran, Nader Hooshmand is currently doing a doctoral thesis in philosophy at the University of Paris 7 Denis Diderot. Ur-Arsalan, his first novel, was published in 2016 by Kian Afraz Publishing at Tehran. He lives in France and writes in both Persian and French.